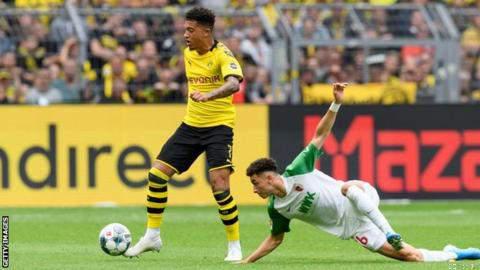 Borussia Dortmund’s England winger Jadon Sancho has agreed a new contract with the Bundesliga club worth about £190,000 a week, including bonuses.

The 19-year-old, who was the subject of summer interest from Manchester United, scored 13 goals last season as Dortmund finished second behind Bayern Munich.

Signed from Manchester City in 2017, his previous deal ran until 2022.

Sancho, who was part of Watford’s academy before joining City, made his England debut against Croatia in October 2018 and has six caps.