Police Officer Drags Wife To Court For Sleeping With Pastor, Others

A 43-year-old police officer, Mr. Folorunso Adelana, has dragged his wife of 25 years before a customary court in Akure, the Ondo State capital, seeking dissolution of the union for alleged sexual escapades with her pastor. 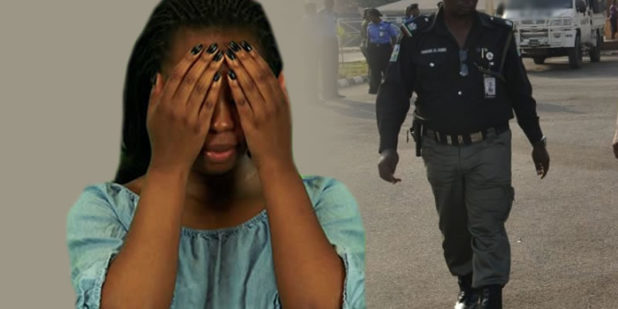 The Police Officer who accused his wife, Mrs Folashade Adelana of promiscuity is seeking dissolution of the marriage which had produced four children.

Mr Adelana, the police officer, told the court that he was no longer interested in the union.
In his oral evidence before the court, he accused his estranged wife of having an affair with the pastor of her church.

He alleged that his wife has been going out with the pastor for a long time, saying it was since their first child was still a small boy.
Adelana said, “I traced my wife down to the church and I didn’t meet her there. I called my wife and we started fighting. To my amazement, when the pastor got there and saw us fighting, he said, “is this the first time a pastor would be dating his church member?”
He further told the court that he once caught his wife in the pastor’s car and dragged her out, while he warned the pastor to stop going out with his wife.
”I was forced to bring her to court, thinking she would be afraid and comply with my instructions. But instead, she became worse.
However, the respondent, Mrs. Folake Adelana, a mother of four children, debunked her husband’s claims.
Folake, an hair dresser, told the court that truly, she used to attend same church with her husband’s second wife, but she later left.
The respondent therefore urged the court to order her husband to pay their children school fees and also cater for their food and shelter.
The case was adjourned till March 4, 2019 by Chief R.A. Olusanya, the presiding judge

Previous Time to implement “Anas Principle” talk – Mahama to Akufo-Addo
Next Photo: Baby grabs doctor’s shirt and refuses to let go only seconds after being born