The leadership of the New Patriotic Party (NPP) has been directed to beg the embittered Assin Central lawmaker, Hon Kennedy Ohene Agyapong to rescind his decision to quit active politics. 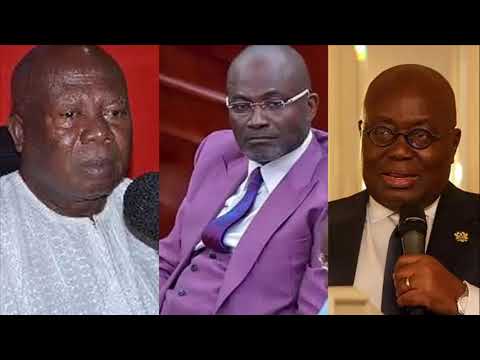 Founding member of the party, Dr Kwame Amoako Tuffour is of the view that, Hon Kennedy Agyapong is not a person who can be taken for granted in the party given his commitment, sacrifices and love for the party over the years.
“The NPP’s blood runs through the veins of Kennedy Agyapong, so if he is angry over some things he deems not right in the party, the leadership must invite him and calm him down before it gets out of hands”, Dr Amoako Tuffour has said.
It has been widely reported since the beginning of the week that, the NPP firebrand, Hon Kennedy Ohene Agyapong intends to quit active politics for good due to what he described as “being used and disgraced by the party’ after sacrificing his life and reputation to advance the cause of the NPP.
An audio recording of the lawmaker who was speaking to party supporters at Nyankumasi within his constituency at the weekend and intercepted byMyNewsGh.com, reveals he is up in arms with the NPP and has vowed not to contribute a dime towards its 2020 elections because he feels cheated and insulted.