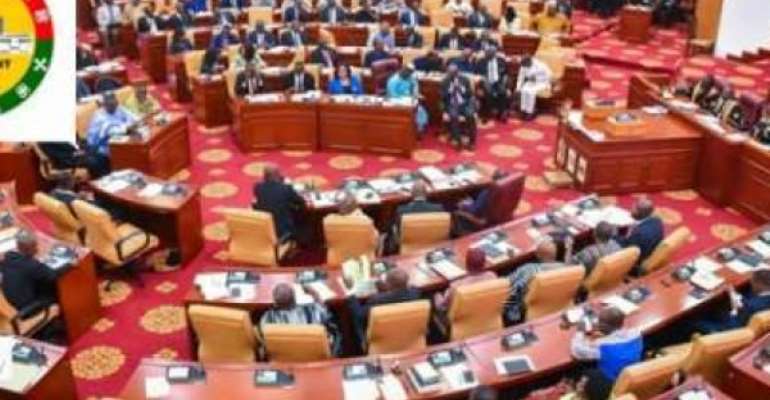 Parliament on Wednesday frowned on the poor treatment accorded people who have tested positive for the coronavirus, and called on society to avoid stigmatization, discrimination and fear of patients who have recovered from the disease.

This, the House observed, would encourage people to come out boldly to declare their status and avoid speculation leading to fear and panic.

The position was adopted following a statement by Dr Mark Kurt Nawaane, MP for Nabdam and a Member on the Committee on Health.

Dr Nawaane, himself a medical doctor, had made the maiden statement on the disease on January 29, 2020 in the House, at a time when no coronavirus case had been registered in Ghana.

The MP who has since been championing issues on the disease, which has become a pandemic, bemoaned what he called “a triad of an unwelcomed development-stigmatisation, discrimination and fear of recovered patients.”

These, he said, not only derailed the positive gains the nation had made in the fight against the coronavirus pandemic, but actually derailed the forward move and co-operation it has received from its citizenry.

Referring to both traditional and social media reports monitored over the last month, Dr Nawaane said recovered patients were not readily accepted by their own families, communities and friends and sometimes at the workplace.

“The rejection can be so intense that even their immediate family members like children, to wife and others can be affected.

Dr Nawaane forthrightly described the situation as not right, and pointed out that assigning negative stereotypes or branding of people who have recovered from the disease can be attributed to lack of awareness, knowledge or proper education.

He posited that a recovered patient is stronger than the non-infected because he has antibodies to protect him for some time; and does not pose a threat to anyone because he has tested negative on two occasions.

The Nabdam MP spoke of countries like Australia, Germany and Chile, where there have been talks of issuing immunity passports to enable those who have recovered to return to normal life.

“In the event that the pandemic takes a worse turn and overwhelms our frontline medical staff, scientifically those who have recovered from Covid-19 is the group of choice to potentially assist as volunteers in our hospitals and other health care facilities,” Dr Nawaane said.

He described recovered patients as “our heroes and heroines” and not “ villains”, who under no circumstances should be castigated, as he called on the mass media, the National Commission on Civic Education, the Ministry of Health and the Association of Clinical Psychologists to join in the fight against stigmatization, discrimination and fear against recovered Covid-10 patients.

In contributions, members of the House were of a strong opinion that patients and recovered patients should be encouraged to boldly declare their status.

“Let’s encourage people to come out boldly to declare their status,” Dr Kwaku Afriyie, MP for Sefwi Wiawso said, adding that “it is not too late to redeem ourselves.

He argued that there was moral, ethical or religious basis to discriminate against ex-patients of Covid-19 as the virus could affect anyone.

MP for North Tongu, Mr Samuel Okudzeto Ablakwa said contracting Covid-19 was not a death sentence, as a number of notable and leading politicians who were declared positive have recovered.

Previous Both NPP & NDC are political waste, let’s throw them into the garbage – Captain Smart « Prev
Next PC Appiah-Ofori kicks against compilation of new voters’ register