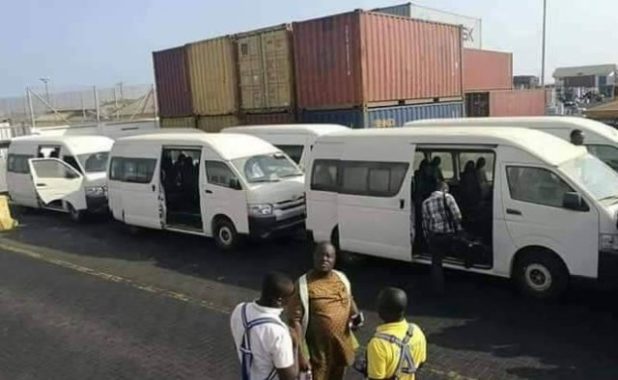 Kelliot Royal Motors, a company registered under the laws of Ghana, has dragged the Universal Merchant Bank (UMB) to an Accra High Court in a bid to block the distribution of 100 buses to Constituency Executives of the New Patriotic Party (NPP).

The buses are part of some 275 buses the governing NPP Chairman, Freddie Blay, promised to distribute to constituencies prior to his election.

Kelliot Royal Motors avers in his writ that he secured a loan facility in excess of $3 million to procure the buses for onward sale to the party on May 13, 2018.

According to the writ, the terms of agreement demanded that Kelliot Royal Motors will apply the loan facility to purchase the 100 Toyota HiAce vehicles for onward sale to the New Patriotic Party as part importation for a total contract sum of $11,412,500 for 275 buses.

The Plaintiff said repayment of the facility was to be made out of proceeds from off-taker of the buses.

Kelliot Royal Motors further avers that in pursuance of the agreement its, Managing Director, Chris Azawodie, had to personally travel to Dubai on many occasions with the attendant costs to actualise the objective of the supply of the said buses into Ghana

Kelliot Royal Motors also stated that when the buses arrived in Ghana in June 2018 UMB caused the vehicles to be kept in a custom bonded warehouse, adding that the bank subsequently refused to deliver the buses to the Kelliot Motors regardless of many demands on the bank and contrary to the express terms of the agreement.

“It is believed from reliable information that the Defendant is in the process vigorously and aggressively to offload the said buses to a third party who is alien to the agreement and in consequence denying the Plaintiff his right to receive the buses as contemplated by and contained in the said agreement,” Kelliot Royal Motors said in its Statement of Claim.

The Plaintiff states that unless compelled by a court of competent jurisdiction, UMB intends to continue the breach of the agreement “which breach will deny the Plaintiff the benefits envisaged in the said agreement,” Kelliot Royal Motors stressed.

The Plaintiff wants the court to declare that the 100 buses are the property of Kelliot Royal Motors.

Kelliot Royal Motors also wants the court to restrain UMB, its agencies, servants and assigns and all those at its direction dealing with a third party in respect of the buses.

Coronavirus: Ras Mubarak is the one to be quarantined not Akufo-Addo – Kyei-Mensah-Bonsu