It is unclear who may have provoked controversial New Patriotic Party (NPP) firebrand, Kennedy Agyapong but if his recent outburst is anything to go by, then the elephant family must brace itself for an approaching danger. 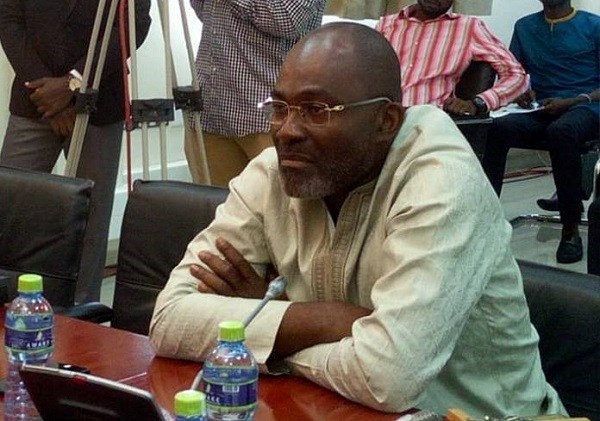 An audio recording of the lawmaker who was speaking to party supporters at Nyankumasi within his constituency at the weekend intercepted by MyNewsGh.com, reveals he is up in arms with the NPP and has vowed not to contribute a dime towards its 2020 elections because he feels cheated and insulted.
According to him, the party has not been fair to him despite subjecting him the worse form of embarrassment when he appeared before the privileges committee over his commentary on the legislature.
“They feel they are wise but that is all of it. They will take me to Central Region and say the 23 constituencies Kennedy Agyapong the foolish one should use his money to support, I will not do it again. If I do not tell them then I am lying”, he lashed out.
Treading cautiously on his banter with ace investigative journalist Anas Aremeyaw Anas that landed him in trouble, he told the supporters but for the fact he was speaking in public, he would have made certain revelations about the whole matter.

“The party has not treated me fairly at all. When the Anas video came out, if I tell you the truth, you will not believe. We are in public I will restrain myself. They have disgraced me before a crowded parliament. I have had enough…I won’t run again”, he insisted on quitting parliament.
It would be recalled that in June last year shortly after making an appearance before the privileges committee, the loudmouth politician announced the end of the road for him in parliament saying it was upon the advice of his wife.

“My wife told me not to contest again after watching the video. She agrees that indeed what I said was true. I will leave Parliament and become a star. My constituents will see how hard life will be for them when I leave parliament. I will not contest again” he opined on Adom TV’s Badwam program and monitored by MyNewsGh.com
Source:MyNewsGh.com/

Previous COPEC Calls for fairness in dealing with the Police,Driver and his mate asult case
Next NC Special Competition kicks off on March 24