Former President John Mahama has urged National Democratic Congress (NDC) supporters to join the ‘Aagbe wo’ demonstration on Thursday in protest of brutality from security personnel during the Ayawaso West Wuogon by-election. 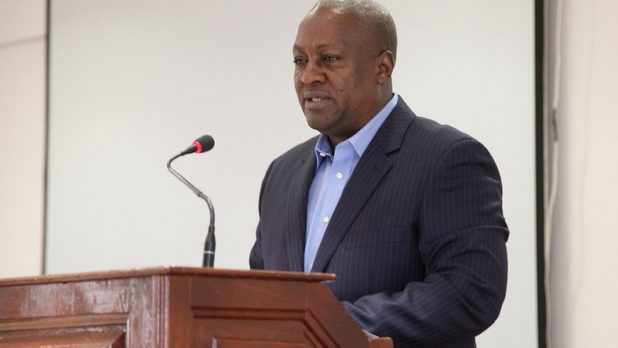 In a message on Facebook, he said supporting the protest would show “the world that we stand for peace and that the violence displayed in AWW [Ayawaso West Wuogon] has no place in our democracy.”

“I welcome the initiative of the Inter-Party Coalition for National Sovereignty and I encourage all members of the National Democratic Congress (NDC) to participate in tomorrow’s demonstration.”

The Inter-Party Coalition for National Sovereignty has warned that there is a growing atmosphere of insecurity in the country.
The converging point for the demonstration is the Old Obra Spot at the Kwame Nkrumah Interchange.
Demonstrators will march from the Obra Spot through to the Farrisco traffic light,  UTC, the High Street, the Ministry of Interior, the Police Headquarters and finally converge at the Jubilee House.

Thursday’s by-election at Ayawaso West Wuogon was marred by a shooting incident near a La Bawaleshie polling centre that temporarily disrupted the polls and resulted in at least 13 persons sustaining injuries.
In the midst of the confusion, some National Security Personnel were seen brutalising some unarmed citizens.
The Member of Parliament for Ningo Prampram, Samuel Nartey George, was also seen being struck in the face by two security personnel in a viral video.
The government has since set up a Commission of Inquiry to probe the incident in which some security personnel are seen brutalising some citizens.
–
By: citinewsroom.com | Ghana