Mahama will win 2020 elections even if Ken Ofori Atta, others head EC -Yamoah Ponko to Akufo-Addo 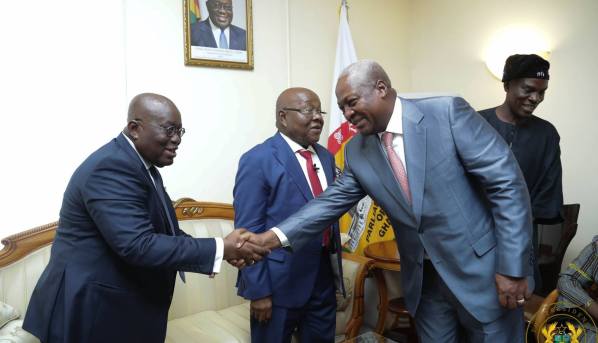 The former Municipal Chief Executive (MCE) for Ejisu Afrifa Yamoah Ponko is optimistic that the current economic hardship under President Nana Addo Dankwa Akufo-Addo’s administration will secure a win for former President John Dramani Mahama in the coming 2020 elections.
The Former last week Friday February 23, 2018 was elected as flagbearer to lead the party in 2020 elections with an overwhelming victory of about 95% during the flagbearer elections with six others
Some members within the NPP have described 2020 elections as an easy win for their party since former president John Mahama is leading NDC in 2020 because he was defeated in 2016 and could easily be dealt with again.

Afrifa Yamoah Ponko who however disagrees with this assertion in an exclusive interview with MyNewsGh.com said President Akufo-Addo’s administration has woefully failed Ghanaians who want the current administration axed.
According to him, Ghanaians will show NPP and president Akufo-Addo red card in 2020 elections by voting massively for NDC and former president John Mahama adding that though the President appointed the Electoral Commission boss and her deputies Ghanaians will send NPP to opposition.

He added that former president John Mahama’s victory in the NDC flagbearer election is causing fear and panic in NPP because they are already aware of the havoc he will cause them at the next polls.