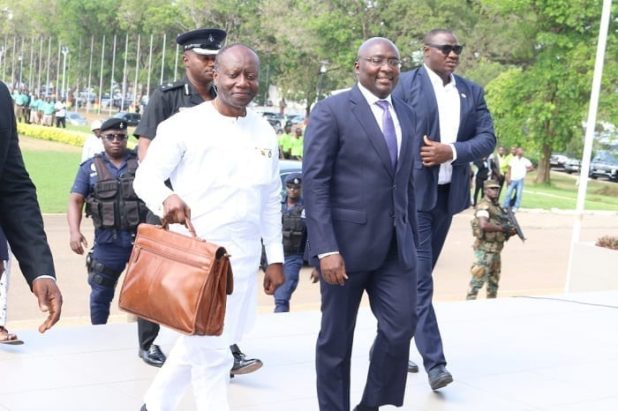 The Mid-Year Budget review billed for next Monday has been postponed to July, 29, 2019.

The postponement was announced by Deputy Majority Leader, Sarah Adwoa Safo during the presentation of the business statement in parliament for next week.

“…Mr. Speaker, I wish to inform the House that the Mid-Year Review has been postponed to the 29th of July 2019 and the Minister for Finance on the 29th, next two weeks Monday, will appear on the Floor to present the Mid-year review of the Budget Statement and Economic Policy of Government for 2019 financial year.”

Meanwhile, the Trades Union Congress (TUC) has asked the government to give “special attention” to the wages of public sector workers in the Mid-Year Review (MYR) of the 2019 Budget.

In a statement issued in Accra after a General Council Meeting, the union said “we expect the forthcoming mid-year review to announce policies that will effectively translate the gains in macroeconomic management into real and visible improvements in the living conditions of Ghanaians.”

It repeated its earlier position that although data showed improvements in the economy, “the apparent good sets of macroeconomic statistics are not adequately and visibly reflecting in the lives of the majority of Ghanaians.”

Previous Panic As Man Climbs Aircraft That Is Set To Take Off From Lagos Airport (Video)
Next Mum beats daughter, 1, to death after failed night of prostitution

By:brightwebtv.com/nana asare barimah       President Akufo-Addo and the nominees of the Covid Board …