Nana Addo to give legal backing for new regions from Tuesday

President Akufo-Addo will from Tuesday, February 12, 2019, give legal backing to the creation of the six new regions in the country. 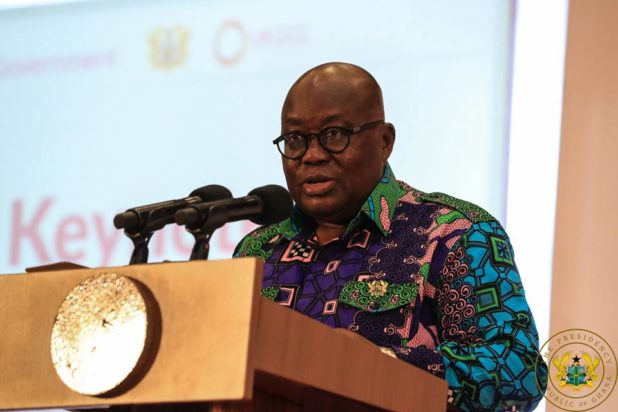 The exercise will be undertaken through the public presentation of Constitutional Instruments backing the creation of the regions.
This comes after residents within the catchment areas of the proposed new regions voted to give an overwhelming endorsement for their creation in a referendum in December 2018.
A statement issued by the Minister for Information, Kojo Oppong Nkrumah on Saturday said: “delegations comprising Chiefs and people of the new regions have been invited to the Jubilee House in Accra for the official ceremonies.”
According to the statement, the North East and Savannah regions will have their constitutional instruments presented first on Tuesday, February 12, 2019, before the Bono East and Ahafo Region on Wednesday, February 13, 2019.
Western North and Oti regions will receive theirs on Friday, 15th February 2019.
President Akufo-Addo has said that the creation of the new regions will boost development in those areas.
Jostling for capitals
Even before the government completes processes to have the six new regions carved out of the three existing regions, there is jostling in some areas over which town should be made the regional capital.
In the Bono East area, which received a massive YES endorsement to the carved out of the Brong Ahafo Region, there are full campaigns to have Techiman named the regional capital.

In the Savannah region which was created out of the current Northern Region, some groups have begun pushing for Damongo to be made the regional capital. Others are also campaigning for Salaga to be named the regional capital.
In the Ahafo area, four towns; Goaso, Duayaw-Nkwanta, Bechem and Kenyasi are said to be leading the race to be regional capital.
Reports suggest that either Bechem or Goaso will end up being named regional capital.
In the Oti area, there is an intense campaign by the chief of people of Buem to have Jasikannamed the regional capital for the newly created Oti region.
Meanwhile, a Senior Research Fellow at the Institute of Democratic Governance (IDEG), Kwesi Jonah has said that only towns with substantial infrastructure already in place must be considered as the capitals of the newly created regions.
He said infrastructure such as good road network, sufficient accommodation facilities for prospective government officers must be prerequisites for the selection of the capitals for the new regions to accelerate development in the areas as expected.
–
By: citinewsroom.com | Ghana