Ghana’s Parliament has reshuffled the leadership of its committees. 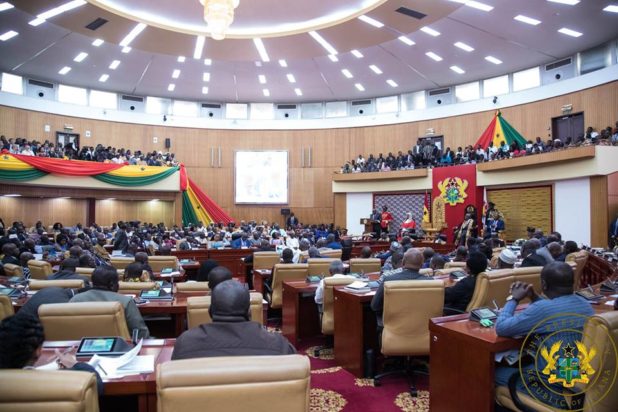 Mahama Ayariga, Joseph Yieleh-Chireh, Fiifi Kwetey, all Minority members, are some of the big names who have lost their positions in the latest change.

According to the report passed by the House, Bolga East MP, Dr Dominic Ayine is now the Chairman of the Subsidiary Legislation Committee replacing Bawku Central MP, Mahama Ayariga.
Juaboso MP, Kwabena Mintah Akandoh also replaces Former Health Minister, Joseph Yiele-Chireh as the Ranking Member on the Health Committee.
Ketu South MP, Fiifi Kwetey has been replaced as ranking member on the Trade, Industry and Tourism Committee by Ellembelle MP, Emmanuel Armah Kofi Buah.
Sampson Ahi has also been replaced as ranking member on the Works and Housing Committee by Ho West MP, Emmanuel Bedzrah.
On the side of the Majority in the House, Collins Owusu Amankwah has been made the chairman of the Government Assurance Committee replacing Manso Adubia MP.
Yaw Frimpong Addo takes over as chairman of the Environment, Science and Technology Committee which was chaired by the late MP, Emmanuel Agyarko and Former Deputy Agriculture Minister, William Quaitoo is now chairman of the Local Government Committee.
Aside the fact that some replaced committee leaders are serving on the ECOWAS and AU Parliaments, it remains unclear the reasons behind some of the considerations that went into the various changes for the committee leadership positions.
Ghana’s Parliament structure.
Ghana has a unicameral Legislature composed of 275 Members of Parliament from single-member constituencies with an Executive President who appoints Ministers majority of whom by the Constitution have to come from Parliament.
Parliament operates very much on the lines of the Parliament of Westminster.
The Government, for example, cannot enter into any international agreement without the ratification of Parliament: and various such controls exist.
–
By:  citinewsroom.com | Ghana