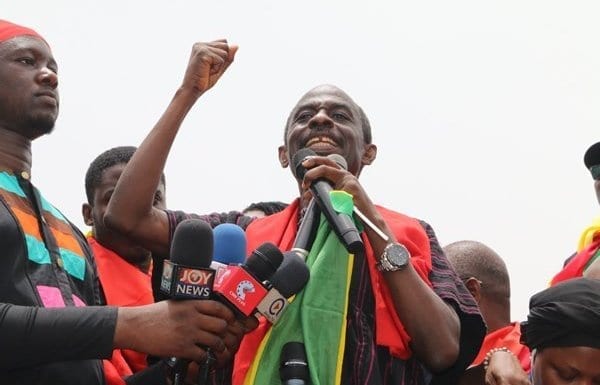 The General Secretary of the largest opposition National Democratic Congress(NDC) Jonson Asiedu Nketia says members of the Inter-Party Resistance against the New Voter Register (IPRAN) will stop at nothing to ensure their demands are met.

According to him, they cannot struggle to build a democracy for thirty years only to allow one individual to come and rip everything apart.

The NDC Scribe made the comment while addressing a mammoth crowd at Tamale after they embarked on a demonstration on Saturday against the compilation of new voters register for election 2020.

He said the protest march is the beginning of a long drawn battle to protect Ghana’s democracy and will be replicated across the country to force the Jean Mensah led-Electoral Commission to rescind its decision for a new voters register.

“We’re calling on everybody it doesn’t have to be the political parties, individuals, pastors, Imams to just get up because peace is something you have to struggle for and this is the beginning for the struggle of the peace we need. From here, we’ll be moving to Kumasi, we’ll move to Accra and we’ll move to the Presidency. Whatever it takes to pump a little bit of sense into the head of Jean Mensah and her cabal we’ll do it. We can assure you that 2020 will come on undisrupted but it must be free and fair.” 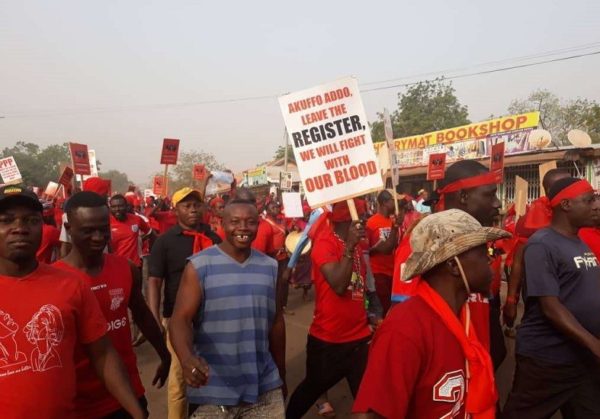 The Electoral Commission (EC) has stressed the need for the compilation of new voters register for the upcoming general election adding that the exercise is not a waste of resources.

The EC in its quest to compile a new voters’ register said it is committed to judiciously spending the about GH¢400 million it was granted by Parliament to be spent on the process.

But the opposition parties have stated they will do whatever is within their power to resist the new voters’ register.

Previous Opposition parties hit streets of Tamale over new voters register
Next “Your hugs put me to sleep immediately; I love you”: Leaked Kan-Dapaah tape with side-chick