The Asantehene Otumfuo Osei Tutu II has praised the hardwork of President Akufo-Addo for the re-opening of the AngloGold Ashanti Mines, MyNewsGh.com has filed. 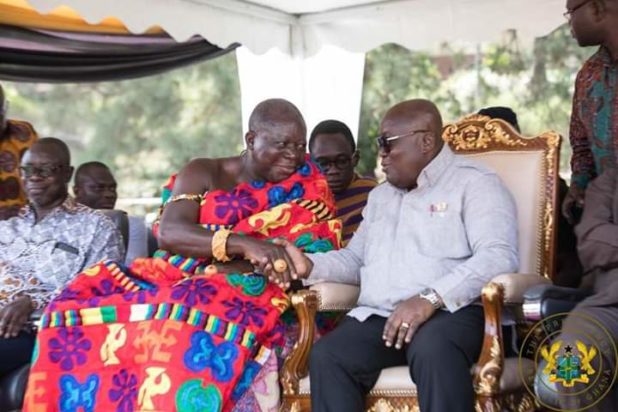 In the Otumfuo’s words: “From 2017 till date the current government has worked hard and we have resurrected the mine and reopening it”, MyNewsGh.com noted.

The Otumfuo revealed how he was pressured about four years ago to sell Anglogold Ashanti Gold Mine in Obuasi for one dollar because it was no longer lucrative being in operations indicating that but for the timely intervention of President Nana Addo Dankwa Akufo-Addo and his administration, the defunct mine would have been dead. 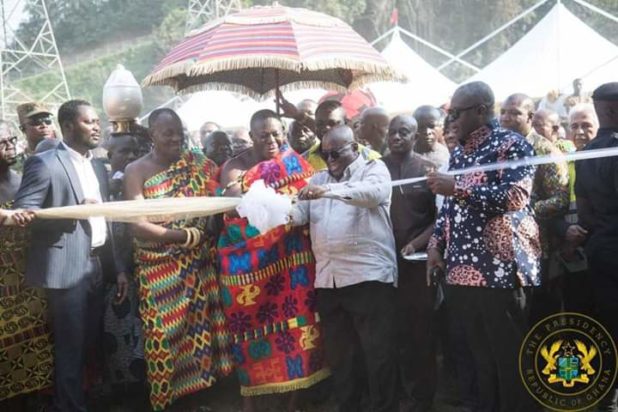 Speaking at the re-opening on Tuesday January 22, 2019 he observed that several efforts to stop the mine from collapse yielded no results because he was told it was no longer profitable to continue with operations.

“It got to a point they said they will sell the whole mine for me at one dollar or lock it up and bring my keys to me. I begged them to stop and assured them better days are ahead which is today. I advised they cede part of the concession to the illegal miners so that they do not encroach the mine’s concessions but it never worked. From 2017 till date the current government has worked hard and we have resurrected the mine and reopening it”, the Otumfuo recounted. 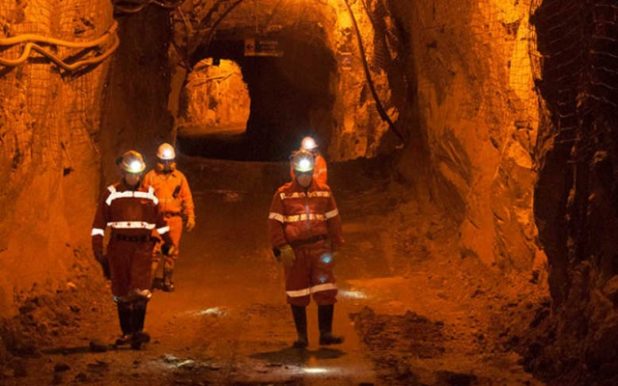 “I stand here courtesy the President with a mixed feelings of happiness and sadness. I thank God that by his grace that we are re-opening that mine that collapsed and we are working to resurrect it. The said aspect is that everyone believed the Obuasi mine had collapsed completely and nothing could be done about it. About three years ago, my grandson Eric Asubonteng and some whites came to inform me that where the situation has gotten to we needed to close the mine down and find another way out. The indication was that we kept incurring debts without any gains in the wake of increasing activities of galamsey”, he added

According to him, calls on the previous administration to save the situation failed to yield any positive results recounting how a tempered shaft by illegal miners at Adansi almost caused flooding in the area.

“We had reached a point nothing could be done about it. At a point they said the activities of galamsey nearly affected the shaft at Adansi which almost flooded the area and I asked the then government to allow soldiers work on it for me. The response I got was that, we will not allow soldiers go there and shoot guns like South Africa so I should leave it as it was”, he revealed.

On Tuesday, 22nd January, 2019 the president re-opened the Anglogold Ashanti Mine in Obuasi, in fulfillment of a campaign pledge he made to the Chiefs and people of Obuasi on 15th July, 2016 after it had been effectively closed since 2014

With an estimated 2,500 jobs to be created, the president said he is certain, it will be brought back to life again and expect an improvement in the living circumstances of its residents.