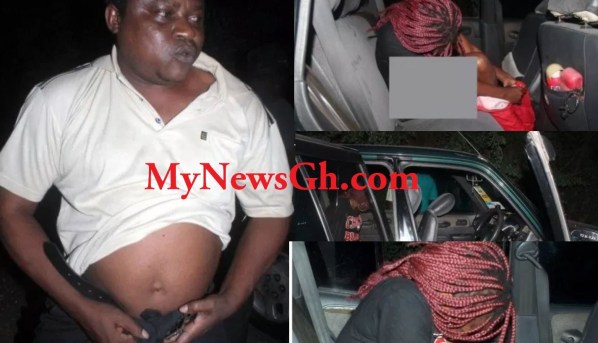 A renowned Catholic Priest who has defied his vows of chastity and celibacy by sleeping with a prostitute has been arrested.

Under the Catholic faith, celibacy is generally recognized as a voluntary choice to remain unmarried or engage in any form of sexual activity, usually in order to fulfill a religious vow. In this sense, one can accurately be said to be practicing sexual abstinence as a condition of his or her vow of celibacy.

Whereas chastity is a voluntary lifestyle that involves far more than abstaining from sexual activity. Coming from the Latin word castitas, meaning “purity,” chastity embraces abstinence from sexual activity as a praiseworthy and virtuous quality according to the standards of morality held by a person’s particular culture, civilization, or religion.

Only identified as Father Anatoly, he was said to have been caught red handed bonking a prostitute in his Toyota RAV4 by the roadside in the night against the two vows he ascribed to before being ordained as a priest.

His conduct has been was referred to the Archdiocesan Bishop in according to a Zambian news portal that first reported the story.