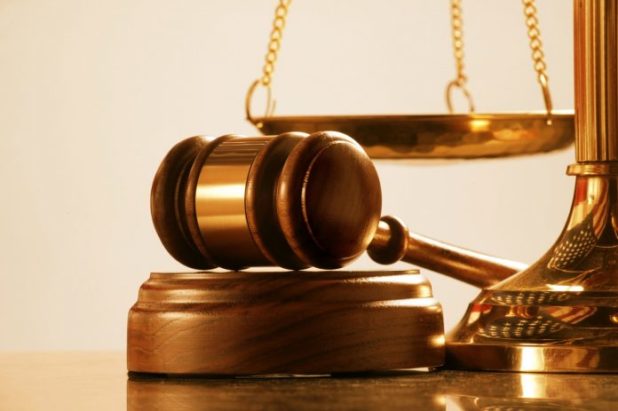 An Accra Circuit Court has convicted a woman and her boyfriend for robbing her ex-boyfriend but sentence was deferred till August 27.

Jonathan K. Wiallens and Jennifer Agyemang, both in their early 20s, have been remanded into police custody to go for their respective sentences later.

Three of their accomplices are on the run.

Jennifer told the Court presided over by Mrs Afia Agbanu Kudomor that she only conspired with Wiallens not the others.

Wiallens on the other hand said, Jennifer contacted him to assist her rob Emmanuel Acheampong, the complainant, but told her he could not do that but would help her get others who would assist her.

Based on these explanations, they were convicted.

Police Inspector Mabel Atsu told the Court that the complainant is a student and a resident of Pokuase whereas Jennifer and Wiallens are unemployed and both lived at Abease, near Amasaman in the Greater Accra Region.

She noted that Jennifer was also dating Acheampong and it was known by Wiallens, adding that Wiallens sometime ago impersonated Jennifer by chatting with Acheampong on Whatsapp through her phone.

On July 29, this year, Wiallens and Jennifer planned to rob the complainant and met one Nii Quaye, one of the three (who are at large) at Ayawaso near Pokuase to that effect, who in turn contacted the two others (their names not given) about the intended plan.

After the meeting, Jennifer led them to the house of Acheampong at about 2030 hours to spy on him and on July 30, at about 2015 hours, she called Acheampong who was then with a friend at Amasaman that she was at his house waiting for him.

The Prosecution said the complainant rushed to his house and went to his room with Jennifer, but she later sneaked out and informed Wiallens that the complainant was in, thus, she opened the door for them.

She said Wiallens also signaled the others, who wore crush helmets to hide their identities and they moved in after causing damage to the door and subjected both Acheampong and Jennifer to beatings with one of them threatening to stab Acheampong if he resisted.

The four succeeded in robbing the complainant of a Royal motorbike, IPhone XX Max, necklace, laptop computer, wrist watch and assorted perfumes all valued at GH¢14,450.00 and bolted on two motorbikes.`

Inspector Atsu said a formal report was lodged with the Pokuase Police and the next day, Wiallens was arrested but was released on police enquiry bail to assist in investigations.

On August 6, Wiallens was re-arrested together with Jennifer at Abease after further investigation and intelligence gathered by the police.

The complainant’s phone was retrieved in Wiallens’ room when a search was conducted. They admitted the offence in their caution statements.