The diehard Manchester United fan has committed suicide by hanging after the English team was defeated in the English Premier League by rivals Arsenal. 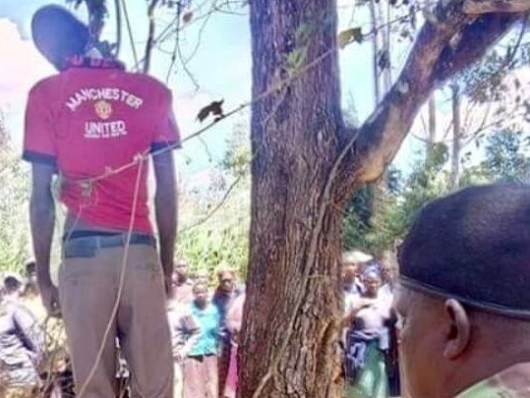 Arsenal on Sunday March 10, 2019 defeated Manchester United by two goals to nil with Granit Xhaka scoring in the 12th-minute and Pierre-Emerick Aubameyang scoring from the spot on a controversial call at the 69th minute to make it 2-0.

But Ogolla, who has been a staunch Manchester United fan, committed suicide at exactly 9pm Sunday  after he lost a whooping GH¢3,334 in a bet.
The deceased according to close friends had indicated that the odds for Manchester United were 3 against 2 for Arsenal. Since he knew what the Red Devils had done to PSG a week ago, he got convinced that one this earth, no way Arsenal could beat Manchester United. He scooped the equivalence of GH¢1114.9 from his account and placed a bet—he waited for GH¢3,334

The game ended and Ogolla was heartbroken—in 90 minutes he had lost the equivalence of GH¢3,334. He cried uncontrollably and eventually went to a nearby bush and committed suicide.