Families of kidnapped girls to take protests to Jubilee House

The families and sympathisers of the three kidnapped girls in Takoradi in the Western Region plan to head to the Jubilee House to petition President Nana Akufo-Addo. 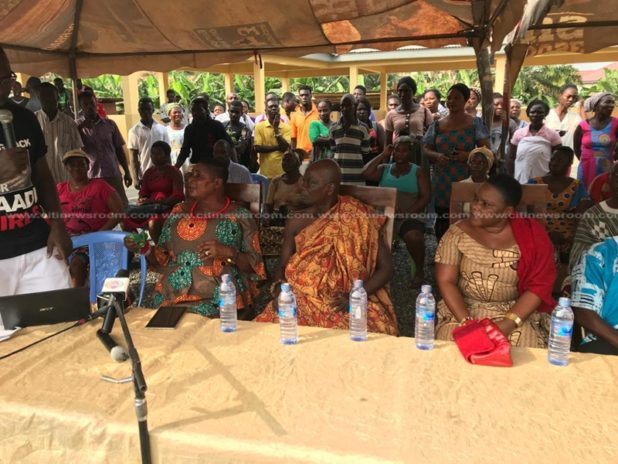 The families are also upset with the President for not acknowledging the missing girls in his State of the Nation address.

A spokesperson for them, Micheal Grant Hayford, told Citi News it was “very sad to us.”

“Our next action is for us to move from Takoradi to the [Jubilee] House for the President to know that for this issue, there is no way he can have a short memory on it.”

Mr Hayford also said the families felt the President wasn’t grasping the urgency of the situation.
“The President doesn’t value blood at all. If the President valued blood, I think he will talk about it… if it happened to a minister or a state official’s daughter, do you think they won’t talk about it?”
The girls who were kidnapped have been identified as Ruth Quayson, Priscilla Blessing Bentum and Priscilla Koranchie.
Their families have engaged in a series of protests to demand urgency from the police, who are investigating the crime.
The most recent one was by a group calling itself the Concerned Mothers Association of Takoradi.
The families of the victims say they are outraged by claims that the police may have been working with the main suspect in the kidnapping.
Sam Udoetuk Wills, escaped from police custody on December 30, 2018, but was subsequently rearrested at Nkroful.
He told a Takoradi District High Court last Monday that he was able to escape with the help of a CID officer.
The Western Regional Police Command has set up a committee to investigate claims by the suspect in the Takoradi kidnapping case that he was aided by an officer of the CID to escape from police custody.
–
By: citinewsroom.com | Ghana