Breaking News
Home / CRIME AND PUNISHMENT / Girl, 11, scares off armed robber by throwing bread at him

Girl, 11, scares off armed robber by throwing bread at him 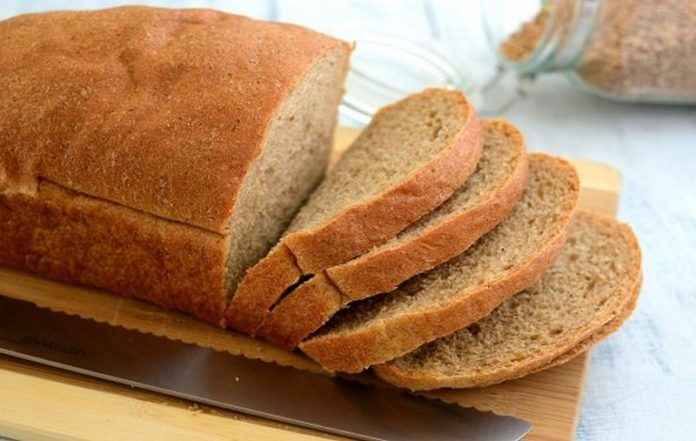 Either this knifeman has cibophobia (fear of food) or the 11-year-old girl who thwarted his robbery channelled her inner Boris Hulk to scare him off.

The masked man pulled a knife out at a supermarket in West Sussex to threaten staff but ran away after an 11-year-old girl started throwing bread at him.

The young girl has been praised for her actions at Express Supermarket in Worthing, but now police want to find the knifeman.

They said that he demanded that staff empty the till but the girl spotted him and started throwing whatever she could find at him including a loaf of bread and two bottles of squash.

After one last unsuccessful attempt to grab money from the till, the raider fled empty-handed out of the shop.

No-one was harmed, police confirmed, except the armed robber’s ego. Detective Constable Noel Simmonds said: ‘I cannot praise enough the bravery of the father and daughter who intervened in this knifepoint attempted robbery.

‘There are considerable risks any time a knife is used or brandished, and whilst it is tempting to just view the spectacle of an armed robber fleeing in panic from a young girl, if the suspect is not caught he may try again, and next time someone could be seriously hurt.

‘We need to identify the suspect as quickly as possible so we are asking people to view the CCTV footage and stills and to please get in touch with us if you know who did this is or have any information about the incident.’

The suspect is white, slim, about 5ft 8in and was wearing a green Nike hooded jacket with the hood up, a black baseball cap, blue jeans and green Adidas POD trainers, police said. He had a scarf covering his face and was also wearing gloves.