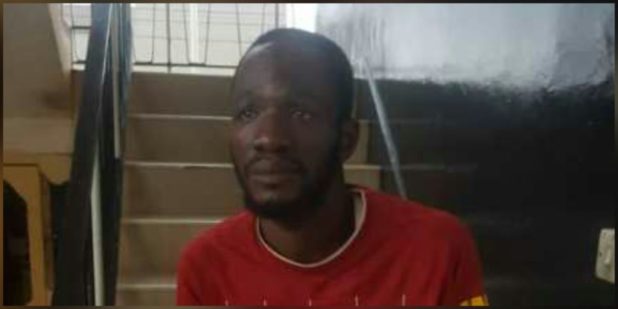 Police have arrested the prime suspect in the murder of Nana Kwadwo Afodour, the Asamponhene of Asantehene Otumfuo Osei Tutu II.

Police said he was arrested “through a collaborative effort of the Ashanti and Upper East Regional Police Commands, the Ghana Embassy in Burkina Faso and the Interpol Ghana and Burkina Faso”.

Nana Afodour was murdered in cold blood on Sunday, August 18 at Ebuom near Atebubu. His body was found with multiple stabs. Reports say the perpetrators of the crime attempted to set his 4X4 vehicle ablaze but luck eluded them as other motorists came to the scene.

Alhaji was said to have been with the late royal shortly before he was found dead in his car and, so, the police declared him wanted.

Three persons were immediately arrested after the crime was reported. In a statement issued on Wednesday, the police said Alhaji will be assisting in investigations. His wife, who is also the queenmother of Pakyi No. 1, and their children have also been brought to Kumasi to help in investigations.

The Ashanti Regional Police Command of the Ghana Police Service singled out the driver and passengers of a Ghana-bound bus in Burkina Faso “for their assistance in apprehending the said suspect”. 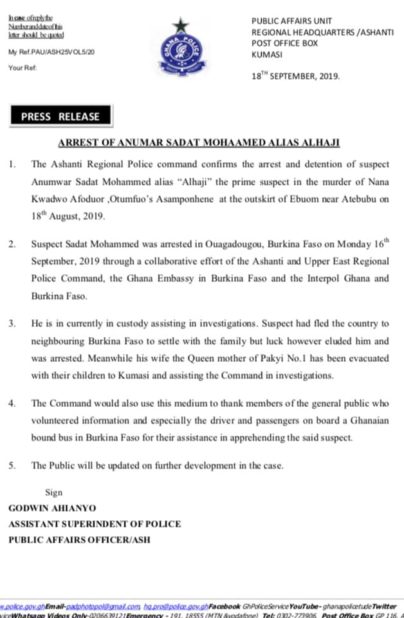