Breaking News
Home / CRIME AND PUNISHMENT / Men who stole 9 goats from neighbor told court it was “April fool” and pleaded not guilty.

Men who stole 9 goats from neighbor told court it was “April fool” and pleaded not guilty. 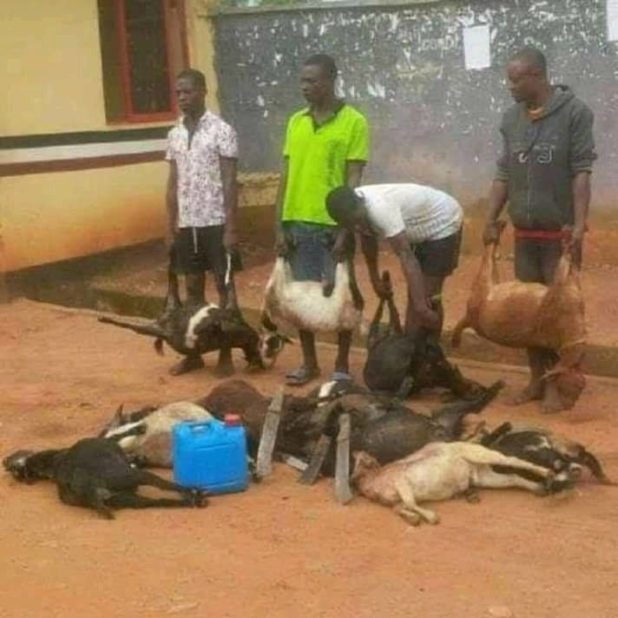 It was all drama and laughter on Wednesday morning at the Ejusu District Court in the Ashanti Region, as 4 suspect gentlemen who appeared before court for allegedly stealing 7 fat goats from their neighbor pleaded not guilty with the claims that, their actions was just a prank (April fool).
The judge presiding over the case could not hold it in but broke into loud laughter… When the accused was further asked why they killed the said goats, they answered “My Lord, please it was all about April fool.. we wanted to prank our neighbor but he got it all wrong”.

Well, this time around, the whole court was in chronic laughter as the judge had no choice but to adjourn case to 24th April.

Meanwhile, the suspects have been detained to help the police carry out further investigations on the matter.