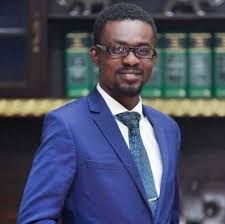 This was when he appeared in court Friday morning for the commencement of his trial.

Two of his companies — Brew Marketing Consult and Menzgold Ghana Limited — represented by him, have each been charged with defrauding by false pretence, contrary to sections 20 (1) and 13 (1) of the Criminal Offences Act, 1960 (Act 29).

The two women who are said to have aided Menzgold to carry out the fraudulent acts are still at large as their whereabouts still remain a mystery to the police.

Customers of Menzgold who have had their monies locked up as a result of the closedown of the company besieged the court this morning, calling for NAM1’s release.

Upon NAM1’s appearance at the court, the customers, holding various placards, began to scream “free NAM1, he is our hero”.

Some of the inscriptions on the placards are:

“Form committee for transparency now”, “suspend criminal charges now”, “23 people dead in Menzgold saga”, “no money for fees and medical bills” among others.