Some persons have been arrested by police following a shooting incident a polling centre a La Bawaleshie during the ongoing Ayawaso West Wuogon Constituency by-election. 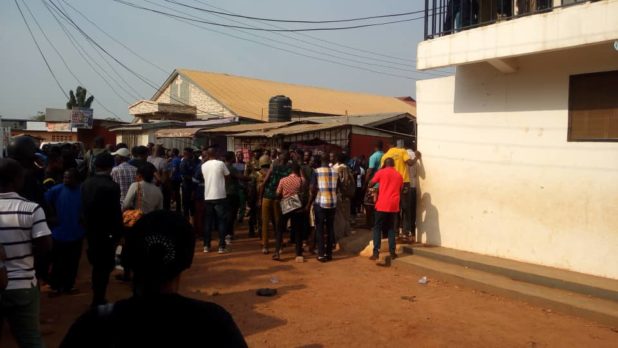 There are unconfirmed reports that two persons were shot during the incident, with took place at the La Bawaleshie Presby School, which has two polling centres.
Citi News’ Eugenia Tenkorang who was at the polling station described the area as chaotic with people throwing stones and firing gunshots.

Some men in black, with their faces covered and dressed in an intimidating manner, were also sighted on the scene.
She spoke to a man whose hands were covered in blood who claimed two persons had been shot.
He said one person had been shot in the arm and the other in the leg. Eugenia Tenkorang also said she saw a man who appeared to be injured being carried by another person.

EC personnel had to flee the scene and the voting process was suspended.
A policeman who spoke to the media said “the people that fired the shot, they were not policemen. They were not soldiers.”
But no further details were provided by the police.
Calm has however returned to the area.
–